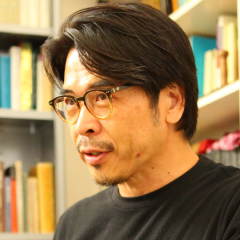 Young Kyun Oh graduated from the University of Wisconsin-Madison with a doctorate in Chinese linguistics (historical phonology) after his master's degree in philosophy at Sogang University, Seoul, Korea. He works on the cultural connection among East Asian societies, with particular foci on the language and the book. His ultimate interest lies in how cultures interact to influence each other, how language, books, and other kind of media function as vehicles of cultural transmission and exchange, and how different geographical regions come to be seen as forming a continuous cultural space.

He published a book, "Engraving Virtue: the Print History of a Premodern Moral Primer" (Brill, 2013), which explores the print history of the "Samgang Haengsil-to" [Illustrated Guide to the Three Relations], one of the most frequently printed, reprinted, reedited, and distributed texts in Choson Korean (1398-1910). In this, he examined how the canonical Sinitic-Confucian ethics of filial piety, loyalty, and uxorial devotion planted their roots in the Korean society through books and literacy. His next projects include the cultural history of books in Korea, and the development and spread of encyclopedic knowledge in East Asia from the 14th to 19th century.

Sino-Korean cultural connection, history of books and print culture in Korea and East Asia, Chinese linguistics, history of Chinese, and history of Korean.