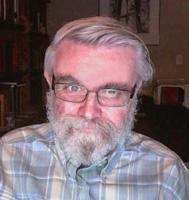 Robert Sturges is a professor of English at ASU. He has taught at M.I.T., Wesleyan University, and the University of New Orleans. His doctorate in comparative literature is from Brown University.

Sturges' teaching and research interests include medieval literature (especially Chaucer), the Bible as literature, critical theory, gender studies, lesbian/gay/queer studies, and opera. He has published six books: "Medieval Interpretation: Models of Reading in Literary Narratve, 1100-1500" (1991), an investigation of how late medieval hermeneutics are manifested in literary texts; "Chaucer's Pardoner and Gender Theory: Bodies of Discourse" (2000), which examines the Pardoner in light of contemporary theory; "Dialogue and Deviance: Male-Male Desire in the Dialogue Genre (Plato to Aelred, Plato to Sade, Plato to the Postmodern)"  (2005), whose lengthy title is self-explanatory; "Law and Sovereignty in the Middle Ages and the Renaissance" (2011), an edited collection of essays; "Aucassin and Nicolette" (2015), a facing-page edition and translation of the 13th-century French romance; and "The Circulation of Power in Medieval Biblical Drama: Theaters of Authority" (2015), an investigation of the ways in which resistance to various modes of power is depicted in medieval drama. Along with his collaborator in the UK, Elizabeth Urquhart, he is also working on an edition of a Middle English devotional work, the "Middle English Pseudo-Augustinian Soliloquies," a text he was the first to identify correctly.

Sturges, Robert S. “Toward a Queer Chaucer Edition.” In preparation.