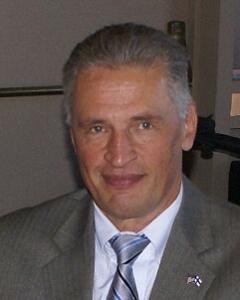 Gary Waissi serves currently as professor of technology entrepreneurship and innovation at the Polytechnic School, Ira A. Fulton Schools of Engineering, Arizona State University. His research interests include engineering systems, systems modeling, strategy and internal combustion engines. His past research projects include, among other: Development of a Standardized Strategy Framework for Arizona Aerospace SMEs; The Next Generation Manufacturing Study – Arizona Aerospace Supply Chain; Virtual Mentor for Defense Acquisition Information Requirements. Waissi received his doctorate in civil engineering, with a focus in operations research from the University of Michigan, Ann Arbor; his Licentiate of Engineering, civil engineering – transportation,  from the Helsinki University of Technology (now the Aalto University), Finland; and his master's degree in civil engineering (Diplom Ingenieur) from the Technische Universität Darmstadt, Germany). He has authored numerous refereed publications, research reports, software programs, and one book, and has four internal combustion engine patents (WAISSI ENGINE). His book, "Applied Statistical Modeling (AMS)," an electronic book, is available at www.public.asu.edu/~gwaissi. He has also presented widely at national and international conferences (SAE, INFORMS, DSI, CORS, EURO), and has served on conference organizing committees, as well as consulted globally. Since 2011, Waissi serves as the Honorary Consul of Finland to Arizona and New Mexico. He was honored as Knight, First Class, of the Order of the Lion of Finland by the president of the Republic of Finland, Tarja Halonen on December 6, 2006 and as Professor Emeritus by the University of Michigan in July 2006.