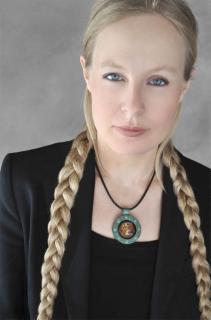 Rachel Bowditch (PhD/Full Professor) is the Coordinator for Graduate Studies in the School of Music, Dance, and Theatre in the Herberger Institute for Design and the Arts overseeing eight graduate programs: MFA in Theatre for Youth, MFA in Dance, MFA in Directing, MFA in Performance, MFA in Dramatic Writing, and MFA in Interdisciplinary Digital Media as well as the PhD in Theatre for Youth and PhD in Theatre and Performance of the Americas. She was a fellow at the Harvard Mellon Institute for Performance Research in “Public Humanities,” in 2018 and was featured as one of the “Top 100 Creatives,” by Origins Magazine in 2015.

She is a theatre director and author of three books, "On the Edge of Utopia: Performance and Ritual at Burning Man" (Seagull/University of Chicago Press 2010), "Performing Utopia" co-edited with Pegge Vissicaro (Seagull/University of Chicago Press 2018) and "Physical Dramaturgy: Perspectives from the Field" co-edited with Jeff Casazza and Annette Thornton (Routledge 2018). She is currently working on her fourth book, "The Rasaboxes Sourcebook: Inside Richard Schechner's Performance Workshop," under contract with Routledge about Richard Schechner’s performance workshop and Rasaboxes with Paula Murray Cole and Michele Minnick (expected publication 2023).

Her scholarly work has been published in TDR (The Performance Review), Performance Research, Theatre Topics, the Journal of Media and Religion, Ecumenica, and Puppetry International as well as book chapters in "Festive Devils in the Americas" edited by Milla Riggio and Paolo Vignolo, "Playa Dust: Collected Stories from Burning Man" edited by Samantha Krukowski, and "Focus on World Festivals" edited by Chris Newbold. She wrote the catalogue essay for two Berlin-based artists, ROMER + ROMER (translated into German) for their Burning Man: Electric Sky exhibit in Berlin in 2019 at Haus am Lutzowplatz, where she also gave a lecture. She regularly presents both her scholarship and theatre research at theatre conferences nationally and internationally.

She received her bachelor's degree in theatre (directing) from Skidmore College, a certificate of completion from Ecole de Jacques Lecoq International School of Physical Theatre in Paris, France, and her master's degree and doctorate in performance studies from New York University.

To see more of her work, visit: www.rachelbowditch.com

On the Edge of Utopia: Performance and Ritual at Burning Man (2010)

Physical Dramaturgy: Perspectives from the Field (2018)

The House of the Spirits. Directed by Rachel Bowditch.

On the Edge of Utopia: Performance and Ritual at Burning Man (Seagull books/University of Chicago Press 2010)

In On the Edge of Utopia, Rachel Bowditch—performer, theatre director, scholar, and Burning Man participant—explores the spectrum of performance and ritual practices within Black Rock City from the everyday to spectacle, the profane to the sublime. Bowditch argues that Burning Man can be understood as a contemporary galaxy of happenings, a site for rehearsals of utopia, and a secular pilgrimage. As Burning Man continues to grow, it is creating new paradigms for performance, installation art, community, and invented rituals in the twenty-first century.

Building upon her first book, On the Edge of Utopia: Performance and Ritual at Burning Man (University of Chicago Press/Seagull Books 2010), Performing Utopia, is a volume of nine essays edited by Rachel Bowditch and Pegge Vissicaro, that expands Jill Dolan's theory of the utopia performative to encompass performance in public life—from diasporic hip-hop battles, Chilean military parades, commemorative processions, Blackfoot powwows, and post-Katrina Mardi Gras to the Philadelphia Mummers Parade, Festas Juninas in Brazil, the Renaissance Fairs in Arizona, and neoburlesque competitions. How do these performances rehearse and enact visions of a utopic world? What can the lens of utopia illuminate about the potential of performing bodies to transform communities, identities, values, and beliefs across time

To develop the book, she was awarded a competitive $45,000 ASU Institute for Humanities Research Fellowship (2009-2010) on the theme “Utopia, Dystopia, and Social Transformation” with Pegge Vissicaro (Clinical Professor of Dance) and Tracy Fessenden (Associate Professor of Religious Studies). The book was further developed through an international working group, Popular Fiestas and Carnivals of the Americas, which she helped to form in Argentina in 2007 that convenes festival scholars bi-annually at the Hemispheric Institute of Performance and Politics. The research group has convened at the Hemispheric Encuentro in Argentina (August 2007), Bogotá, Colombia (August 2009), American Society for Theatre Research (ASTR) in Seattle (November 2010), Santiago, Chile (June 2016), and Mexico City, 2019.

A significant departure from her research on festivals, utopian theory, and Burning Man, Physical Dramaturgy expands upon her life-long research on movement pedagogy, devising, and physical dramaturgy. Physical Dramaturgy: Perspectives from the Field (Routledge 2018) co-edited with Jeff Casazza and Annette Thornton, contains 20 essays by leading directors, choreographers, and movement specialists in the field. While the traditional dramaturg shares research intellectually, the physical dramaturg does so viscerally and somatically. By combining elements of text, history, dramatic structure, and the author’s intent with movement analysis and physical theatre pedagogies, the physical dramaturg gives actors the opportunity to manifest their work in a connected and intuitive manner and creates a field that is as varied and rich as the theatre itself.  Physical Dramaturgy: Perspectives from the Field explores the ways in which this unique role can benefit the production team during the design and rehearsal phases of both traditional and devised productions. Individual chapters look at new ways of approaching a wealth of physical worlds, from the works of Shakespeare and other period playwrights to the processes of Jerzy Grotowski, Lloyd Williamson, Richard Schechner, and Michael Chekhov, and devising original works in a variety of contexts from Pig Iron, Dell’Arte International, Bill Bowers and mime, Tectonic Theater Project, and Liz Lerman’s Dance Exchange. The anthology gives dramaturgs, actors, and directors new ways of looking at existing methods and provides examples of how to translate, combine, and adapt them into new explorations for training, rehearsal, or research. She contributed three chapters, “Devising Madness: Physical Dramaturgy in The Ophelia Project and Asylum,” which details her eight-year project, the Muse Trilogy and examines her devising and dramaturgical process through an exploration of the body; an interview with Moisés Kaufman, artistic director of Tectonic Theater Project, “Moment Work: Exploring the Full Potential of the Stage”; and an interview with Liz Lerman which resulted in the chapter, “Dramaturgy as Litany”.

Bowditch is currently working on a fourth book about Performance Studies founder Richard Schechner’s Performance Workshop and Rasaboxes performer training that she is co-authoring with Paula Murray Cole and Michele Minnick under contract with Routledge (expected publication 2023). This will be the first book about Richard Schechner’s pedagogical process that he has developed over the past 40 years and will be a significant contribution to theatre training and performance pedagogy.

"Temple of Tears: Revitalizing and Inventing Ritual in the Burning Man Community in the Black Rock Desert of Nevada.” Journal of Religion and Theatre, December 2007.

“Republic of the Imagination: Burning Man and the Culture of Radical Self-Expression,” Electric Sky catalogue for ROMER + ROMER, printed in English and translated into German. Submitted Fall 2018. Printed Spring 2019.

“The Creative Conundrum: How the Arts Fit into a Research University.” American Society for Theatre Research/ASTR-Online. August 2011.

“Performance Studies International 13: Happening/Performance/Event.” Everywhere and All At Once: An Anthology of Writings on Performa 07. Edited by RoseLee Goldberg. Zurich/New York: JRP/Ringier, 2009. Pp348-349.

“Media and Ritual: Death, Community, and Everyday Life,” by Johanna Sumiala. Journal of Media and Religion. Taylor and Francis, 2016.

Transfix is an interactive, silent performance that transforms urban architecture into a poetic theatrical landscape. Performers break out of the traditional theatre arena into a public space where the audience becomes part of the performance, coming and going as they please. Weaving in and around urban architectural spaces and spectators, we transform the street into a stage, revealing the poetry and beauty of the mundane. Transfix is a collaborative, interactive urban intervention where the passerby, not expecting to see a performance stops in their tracks, transfixed.

Following in the footsteps of Transfix, an interactive atmospheric theatre performance, Spectrum is an atmospheric site-specific performance with performers adorned in elaborate costumes in every color of the spectrum, weaving in and out of audiences and public space creating a visual kaleidoscope.

Originally commissioned by the Mesa Arts Center in 2012, Chrome is a site-specific, atmospheric performance based on the Bauhaus and the work of Oskar Schlemmer.

Since 2005, I have been collaborating with photographer Scott London (Rolling Stone, Vanity Fair, GQ, Elle Décor, Marie Claire, Outside, Sierra and National Geographic Traveler). Aurora is a site-specific collaboration with London originally commissioned by Mesa Arts Center Spark Festival. I designed and constructed three costumes inspired by the colors of the desert—sage green, agave blue, and desert rose. We spent a day at the Painted Desert/Petrified Forest doing a photoshoot. These images were then projected via hand-held projectors by the roaming performers on all the surfaces of the Mesa Art Center bringing the beauty of the desert back into the urban environment.

The essence of a Naiad was bound to her spring, so if a Naiad's body of water dried, she would die. Working with local Mesa-based master mask maker Zarco Guerrero, we created four Naiads combining Vessel’s Transfix with Zarco’s beautifully hand-crafted masks, the synthesis creating something entirely new. Adorned in all-white accented with organic elements—feathers, bones, twigs and other natural elements—the Naiads draw attention to the scarcity of water in a poetic, haunting way.

**For work older than 2006, see www.vesselproject.org

Bowditch received awards for her work directing Childsplay’s 2011 production of The Sun Serpent. With a $25,000 National Endowment for the Arts grant, she directed the world premiere of The Sun Serpent with Childsplay written by José Cruz González and composed by Daniel Valdez at the Tempe Center for the Arts in October 2011, which was remounted at Mixed Blood in Minneapolis in 2014 and Northwest Children's Theatre in 2015. The production was featured in American Theatre (January 2012) and TYA Today (2012).  It received 11 Arizoni Award nominations and won 6 for Best Direction, Best Costume/Masks, Best Lighting, Best Sound, Best Set, and Best Overall Professional Production in 2011. It is now a published script by Dramatic Publishing.

Prior to ASU, as an artistic associate of Richard Schechner’s theatre company East Coast Artists, she had a lead role in Yokastas (2003) and Yokastas Redux (2005) directed by Richard Schechner at LaMaMa Annex (reviewed by the New York Times, the Village Voice, and Time Out New York). As one of the six nationally certified rasaboxes instructors, she has studied and assisted in rasaboxes presentations and workshops with Schechner, Cole, and Minnick since 2002. As an education associate of RoseLee Goldberg’s Performa (author of "Performance Art: From Futurism to the Present"), she was the liaison between Performance Studies International at New York University and Performa Performance Art Biennial ‘07 in 2007 and worked with Performa for several years organizing Performa ’05 in New York City. She also has worked as an actor with award winning psychologist Paul Ekman (Author of "Emotions Revealed") and was featured in his March 2005 National Geographic article on the Mind.

She was the founder of M.O.V.E. (Movement. Observation. Vision. Experimentation) Arizona Laboratory for Movement Research Winter Intensive at ASU in collaboration with Sara Romersberger and the Association for Theatre Movement Educators (ATME) in 2008 and 2009.