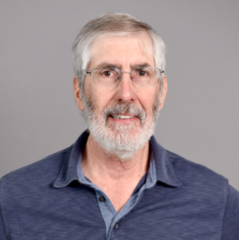 Timothy C. Steimle is a professor of chemistry at Arizona State University. His research focus is the generation and characterization of gas-phase metal containing molecules as it relates to remote sensing, venues for particle physics, assessment of relativistic electronic structure methodologies, and chemical bonding. The target molecules include the highly relativistic gold containing species (AuX, X=C,N, O, S,H) and actinides (ThX and  UX, C,N, O, S,H). Another area is the discovery of new silicon containing transient specie (SiH2 and SiO3) associated with chemical vapor deposition as well as the spectroscopy of simple heavy open-shell radicals (WC,TaN and YbF) which are venues for physics beyond the Standard Model. Particular emphasis is placed on determination of the most fundamental electrostatic properties: the permanent electric dipole moment and the magnetic g-factors. The permanent electric dipole moment is the most direct gauge of bond polarity and is required for the description of numerous phenomena. The experimental approach is sensitive laser-base absorption methods  utilizing laser induced fluorescence. He joined Arizona State University in 1985 after have been a research assistant professor at the University of Oregon. He was the Dr. Lee Visiting Scholar at Oxford University (2001) and well as visiting scientist at  Okazaki National Laboratory (1992).

The generation, detection and characterization of transition metal containing molecules associated with the modeling catalysis are the focus of our current research. Efficacious synthesis of new catalysts will only be accomplished when there is a clear understanding of the associated microscopic molecular steps and achieving this scientific understanding has been a long-standing scientific objective. Theoretical insight, coupled with fundamental experimentation, can be most influential in modeling supported metal cluster and supported molecular catalyst used to process gaseous reagents and effluents (e.g. automobile emission) because of their very molecular nature. It is realistic that the reactions of a single metal atom, or possibly a metal dimer, with simple gaseous reagents are reasonable first order model systems for emulating metal cluster and molecular supported catalysis. These simple and highly quantifiable systems are the focus of the current and proposed research.

The information we seek is both the geometric and electronic structure for metal carbides, carbenes, imides, nitrides, thiols, cyanides, halides, hydroxides, and hydrides from the reaction of CH4, NH3, H2S, and CH 3CN, CH3Cl, CH3OH and H2. All experiments to date have depended upon recording and analyzing ultra-high resolution electronic spectra. We have been implementing the laser ablation/supersonic expansion scheme for sample production, which allows us to control the complexity of the spectra by controlling the rotational temperature to as low as 10 K. The electronic temperature of the sample is much higher facilitating studies of low-lying excited states, which are populated in the reaction. Unlike almost all other groups that use these sources, we skim the supersonic expansion to form a well-collimated molecular beam. The skimming and our use of single frequency lasers results in spectral resolution of < 40 MHz linewidth, which is unprecedented for this class of transient molecules and is required for full exploitation of the information content of electronic spectra. Particular emphasis has been, and will continue to be, placed on the determination of ground and excited state permanent electric dipole moments, m, which are the most fundamental electrostatic property of a molecule and enter into the description of numerous phenomena. A comparison of experimentally derived and theoretically predicted values of m is the most useful gauge of the quality of electronic wave function generated by modern computational methods.