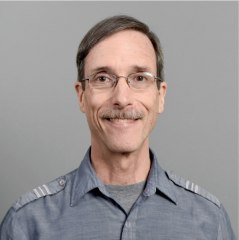 Bill Partlan is associate professor and head of stage directing in the School of Music, Dance and Theatre in the Herberger Institute for Design and the Arts at Arizona State University. He is also the artistic director of Triple Espresso LLC. in Minneapolis, MN. His world premier production of Triple Espresso has been performed in 48 American cities, as well as in Canada, Ireland, London’s West End, in Belgium in Flemish, and in Munich and Berlin in German.

Partlan was, for nine years, the artistic director of the Cricket Theatre in Minneapolis. He served as Producing artistic director of New Stage Theatre in Jackson, Mississippi and founded and directed the New Play Series at New York’s Bottom Line Theatre where he directed the premier of the Broadway musical, Leader of the Pack, the music of Ellie Greenwich, featuring Darlene Love, Paul Shaffer, Jimmy Vivino, Lenny Pickett and Ellie Greenwich herself. Partlan has directed for National Public Radio’s Earplay Series and has served as an on-site reporter for the National Endowment for the Arts and as Jury Chairman for the 2000 Cairo International Festival for Experimental Theatre.

A graduate of Dartmouth College and the National Theatre Institute, he earned his MFA in Directing from the University of Minnesota on a Bush Foundation Fellowship.

Professionally, I develop new versions of my production of Triple Espresso as it is produced in multiple cities nationally and internationally. I direct new works at the Phoenix Theatre in their new play incubator each year and also direct new work at Mixed Blood Theatre in Minneapolis. I annually devlop new work on campus with MFA Playwrights in workshops with MFA directors and student actors.