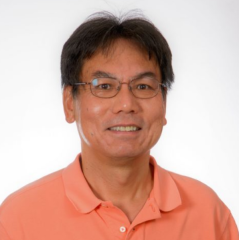 Chen’s research interests include multiphase flows, drag reduction, airplane de-icing, interfacial instabilities and flow in porous media. He has published extensively in highly reputable journals and his works have been frequently cited in the literature. He served as a guest editor for a special issue of Theoretical and Computational Fluid Dynamics. He was a recipient of a 1991 Presidential Young Investigator Award from the National Science Foundation.