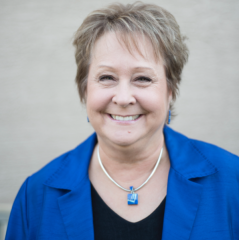 Sheri Klug Boonstra is the Principal Investigator (PI) of NASA’s Lucy Student Pipeline and Competency Enabler (L’SPACE) Program – NASA’s Lucy Asteroid Mission Student Collaboration at Arizona State University and is the Director of Strategic Partnerships and co-instructor for the ASU Space Works Program. Both programs help science and engineering students gain and apply relevant workforce skills and practices that lead to proficiencies that are valued by NASA and the space-based aerospace industry.

Ms. Klug Boonstra has served on the AAAS Science in the Classroom Advisory Council, spent 3 years  as the education lead of the planetary section for the American Geophysical Union, and was chosen to serve on the NASA Solar System Exploration Subcommittee at NASA Headquarters in Washington, DC from 2002 – 2005. Ms Klug Boonstra was selected to receive the "Excellence in Earth and Space Science Education" award from the American Geophysical Union in December 2020.

She is a veteran of more than 100 regional, national, and international science education presentations and publications and has been instrumental as a PI or Co-I in raising more than $56 million dollars in grant money for STEM education programs.