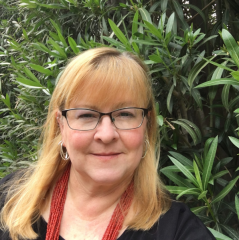 Collins is an associate professor of philosophy in the School of Humanities, Arts and Cultural Studies at Arizona State University West. Collins is included in the International Biographical Centre’s 2000 Outstanding Academics of the 21st Century. She is the co-editor of  four editions of "Applied Ethics: A Multicultural Approach," a bestseller now in its fifth edition, and the first text of its kind in the field of applied ethics; and editor of "Ethical Challenges to Business as Usual," both with Prentice Hall. Collins is also a co-editor of ​"Being Ethical: Classic and New Voices on Contemporary Issues," ​with Broadview Press. Collins has published on environmental rights, her original idea of environmental labels, as well as in the area of environmental racism as it impacts American Indians, racial discrimination in the criminal justice system, environmental refugees, and on the ethics of anonymous sperm banks.

Collins' research areas include environmental ethics, especially environmental racism, environmental justice, environmental rights, and sustainable agriculture; business ethics, especially regarding consumer labeling and transgenic biotechnology; and the philosophy of sex and love, especially regarding online sex sites. She has been an invited peer reviewer of a joint Ford Foundation/National Endowment for the Humanities grant concerning Chicano farms in Southern Colorado and Northern New Mexico; an invited commentator at a legal conference on American Indians and genetic research; and has reviewed books for the international journal, Environmental Ethics, specializing in the area of environmental justice/environmental racism. In addition, she teaches courses on business ethics, environmental ethics, applied ethics, and the philosophy of sex and love. She developed the first environmental ethics course at ASU West. At ASU West she has served as interim director of ethnic studies, and as the chair of the Department of Integrative Studies. She also was awarded the New College Outstanding Teaching Award for 2010-11. and the New College Outstanding Service Award for 2015-16 . Collins is also an artisan who sells her cards and journals at Practical Art in downtown Phoenix.