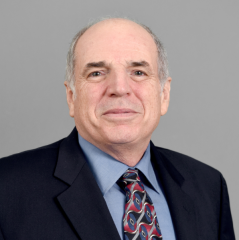 Ronald G. Askin is professor of industrial engineering in the School of Computing, Informatics, and Decision Systems Engineering at Arizona State University. He received a BS in Industrial Engineering from Lehigh University, an MS in Operations Research from Georgia Institute of Technology and a Ph.D. in Industrial and Systems Engineering from Georgia Institute of Technology. Professor Askin is a fellow of the Instittue of Industrial and Systems Engineers (IISE) and former editor-in-chief of IIE Transactions. He has authored more than 100 publications on the application of operations research and statistical methods to the design and analysis of production systems. He has received several awards for his textbooks and research, including a National Science Foundation (NSF) Presidential Young Investigator Award and the Shingo Prize for Excellence in Manufacturing Research. In 2017, he was honored with IISE's Albert G. Holzman Distiguished Educator Award.