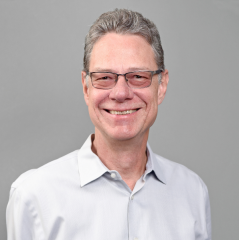 Martin Schuring held orchestral positions with the Hong Kong Philharmonic, The Florida Orchestra, and the Phoenix Symphony Orchestra before joining the faculty of Arizona State University in 1992 where he is currently Evelyn Smith Professor of Music. Since 1980, Schuring has been a member of the Grand Teton Music Festival Orchestra, playing English horn and oboe in the Festival Orchestra as well as making frequent appearances on the Festival’s chamber music series. He also performed as guest principal oboe and English horn with the St. Paul Chamber Orchestra for several seasons.

Schuring has recorded for Philips, Koch International, MMC, and Summit Records, both as soloist and as an orchestral player, including the world premiere recording of Oboe Concerto , Op. 57 by Eric Funk with the Prague Radio Symphony on the MMC label. His most recent release is Rustiques, a recital of reed trio music with the Ocotillo Winds available on Summit Records.

Schuring is the author of "Oboe Art and Method"(Oxford University Press, 2009), the first comprehensive book of oboe technique published in nearly 50 years. As editor, Schuring has prepared new editions of the Barret Oboe Method and the Ferling 48 Studies, Op. 31 for Kalmus. He has performed at every Conference of the International Double Reed Society since 1997, including featured concerto performances at the 2000 and 2001 conferences. As a member of the reed trio Ocotillo Winds, and as soloist, Schuring regularly performs and gives master classes at universities and concert venues throughout the country. Schuring has served on the executive board of the International Double Reed Society (IDRS) since 2002, currently holding the office of past-president. He co-hosted the 1998 and 2011 IDRS Conferences at Arizona State University. Mr. Schuring studied at the Curtis Institute of Music with John de Lancie.