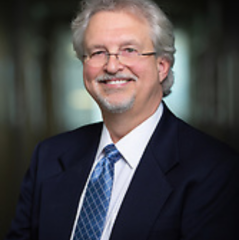 After a decade-long career in broadcast journalism, Dr. Russomanno returned to higher education, first to earn his Ph.D., followed by his career at ASU and the Cronkite School that began in 1994. This second career revolves around the First Amendment – his teaching, research, writing and publications. He approaches each of these not as separate areas, but with the idea that each enhances the others. All are parts of the same whole.

As a scholar and teacher of the First Amendment and media law, he is motivated to help people not only understand their rights and obligations in these areas, but also to better grasp the political, historical and philosophical origins and development of those rights. They are the cornerstones of not only journalism, but also of any self-governing democracy. He also subscribes to the notion that because the primary purpose of a university of is to seek, discover and share knowledge, when issues surface that can be addressed with one’s knowledge, there is an obligation to pass on the analysis not only within the academic sphere, but also to the community at large.

In addition to teaching thousands of ASU students – many of whom have graduated to careers in journalism and law – Dr. Russomanno has produced nearly two dozen refereed journal articles; five books; nearly two dozen conference papers; several chapters and contributions in books; and nearly 40 published reviews and commentaries. His work has been utilized and cited many times by other scholars. Dr. Russomanno’s expertise has been sought by the news media in more than 70 interviews. He is also often invited to review article submissions and faculty applications for promotion.