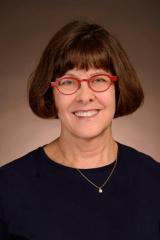 Nancy Jurik is a professor of justice and social inquiry in the School of Social Transformation. She has been with ASU since 1981. Her research and teaching interests address issues of gender, occupations, work-related technology, and work organizations. Her past research focuses on women in traditionally men's occupations including women in corrections, policing, and business. With Susan Ehrlich Martin, she published the second edition of a book "Doing Justice, Doing Gender: Women in Legal and Criminal Justice Occupations" (Sage, 2007). She has published articles in scholarly journals that include Social Problems, The Sociological Quarterly, Gender & Society, Feminist Criminology,  The International Journal of Gender and Entrepreneurship,and Men & Masculinities. Professor Jurik is also interested in the economic justice surrounding small businesses, microenterprise development, and in economic policy relating to poverty and wealth accumulation. A 2005 book examines the issues surrounding U.S. microenterprise development in the new economy. This book is entitled "Bootstrap Dreams: U.S. Microenterprise Development In An Era of Welfare Reform" (Cornell University Press). She is also co-author with Gray Cavender of "Justice Provacateur: Jane Tennison and Policing In Prime Suspect" (University of Illinois Press, 2012).

Ongoing research includes a study of innovation in small and medium-sized businesses, the use of technology to do work away from the office, and the gender issues in family businesses within the U.S. She has joined forces with colleagues in the Czech Republic to develop comparison studies of business owners in the U.S. and Eastern Europe. Lastly, she is interested in the growth of entrepreneurialism in public universities. Jurik teaches courses in Economic Justice, Women and Work, Theories of Justice, and Feminism and Justice. In 2002-2003, she served as president of the Society for the Study of Social Problems, a national association of sociologists dedicated to scholarship in pursuit of a just society. In 2009, she received a Distinguished Faculty Award from ASU's College of Liberal Arts and Sciences.  In 2014, she received an Outstanding Feminist Mentor Award from the Sociologists for Women in Society and in 2015, received the Lee Founders Award from the Society for the Study of Social Problems in recognition of her outstanding scholarship and service. In 2016, the American Society of Criminology Division on Women and Crime recognized her with their Distinguished Senior Scholar Award. In 2017, she was selected as an Outstanding Faculty Mentor by the ASU Faculty Women's Association.