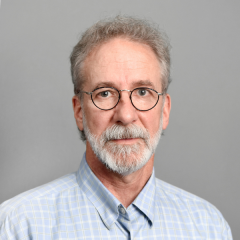 He worked in the Custom Design Engineering Group at American Microsystems, Inc., from 1986 to 1988, and from 1989 to 1992 designing and testing mixed-signal integrated circuits. He is currently an NXP Fellow and was formerly on the technical staff at Freescale Semiconductor, Inc. (formerly Motorola Semiconductor Products Sector), where he is involved in the research and development of high-performance data converters for embedded applications. He has received 40 U.S. Patents with several more pending in the field of data converter and analog VLSI circuits.

Garrity named an IEEE Fellow in 2012. He was appointed a member of Motorola’s Science Advisory Board Associates, was a recipient of Motorola’s Distinguished Innovator Award and Freescale’s Master Innovator Award, and was named a Motorola Dan Noble Fellow in 2003. Garrity also served as a member of the Technical Program Committee of the IEEE Custom Integrated Circuits Conference from 1994 through 2004. He also received the Semiconductor Research Corporation Mahboob Khan Mentor of the Year Award in 2001 and 2013. Garrity has twice served as a guest editor for special issues of the IEEE Journal of Solid-State Circuits and has served as an associate editor from 2002 to 2005. He has also served as an associate editor for the IEEE Transactions on Circuits and Systems II: Analog and Digital Signal Processing.