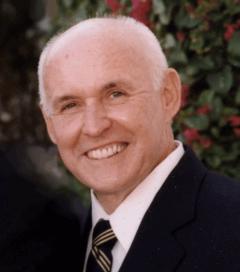 Strom's goals are to support the improvement of education at all age levels. These purposes are met by (1) designing instruments to evaluate achievement, detect learning needs, assess the effects of intervention; and (2) prepare curriculum to improve performance of students, teachers, and parents. He has published five commercial measurement instruments that include the online Teamwork Skills Inventory (2010) for adolescents and adults and the Parent Success Indicator (2009) for parents and adolescents. Strom received three Fulbright Research Scholar awards with assignments to University of Stockholm, Sweden, University of the Philippines, Manila, and Canberra University in Australia. Other research recognitions are Japan Society for the Promotion of Science Scholar at Waseda University in Tokyo, North Atlantic Treaty Organization (NATO) Scholar at the University of Ankara, Turkey, and Reimers Scholar at University of Munich, Germany. Overseas grants have been provided by the governments of Australia, China, Japan, Sweden, and Taiwan. Private foundation support has come from Hitachi, Mitsui, Nakayama and Tokushima.

Strom authored 30 books and more than 350 articles in journals and chapters of books on learning through the lifespan. His recent books are "Adult Learning and Relationships" (2011), "Parenting Young Children" (2010) and "Adolescents in the Internet Age" (2009). He began teaching in public schools of St. Paul and Detroit. Recognitions for classroom performance are the President’s Teaching Award at The Ohio State University, Danforth Foundation Teaching Scholar, Commonwealth Scholar at University of Melbourne, Australia, United Nations Scholar at the University of Hong Kong, China, and Paul Torrance Distinguished Lecturer, University of Georgia.

At ASU, Strom chaired the university promotion and tenure committee, chaired the honorary doctoral degrees committee, and chaired adult development and aging committee. He has served five terms in the university senate. He has demonstrated community service as board chairman for Maricopa County Retired Senior Volunteers Program. This federal project places and monitors over 1,000 volunteers a month helping in nonprofit agencies. The free courses he has given for parents and grandparents in the valley have been recognized by coverage in the New York Times, Wall Street Journal, U.S.A. Today, and television at Good Morning America, CBS News, and NBC Today. Strom has served on many editorial boards for journals of education and psychology.