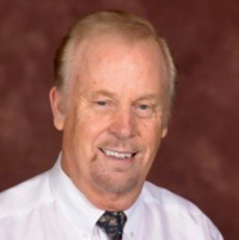 Internationally respected pianist and recording artist, Robert Hamilton, was praised by two past “Chief” Music Critics of the New York Times. Harold C. Schonberg (author of The Great Pianists) wrote: “He is a very fine artist. All of Hamilton’s playing has color and sensitivity…one of the best of the million or so around.” And Donal J. Henahan (winner of the Pulitzer Prize for distinguished criticism) reported: “It was an enthralling listening experience. We must hear this major talent again, and soon!”

Winner of three Rockefeller grants and six grants from the U.S. Department of State, Hamilton was prizewinner of five international competitions before launching a performance career that spans four continents with most of the major music capitals. Recent appearances in St. Petersburg, Russia were televised nationally, and an appearance at the Great Hall of the Moscow Conservatory brought a ten-minute standing ovation.  His orchestral engagements have included the Chicago SO, National SO, St. Louis SO, Milwaukee SO, Phoenix SO, Indianapolis SO, Grant Park SO, Chautauqua SO and S.O.D.R.E. Montevideo. He has been heard over NPR, ABC, BBC-London, DRS-Zurich, Radio Warsaw and Voice of America.  His commercial recordings appear on Phillips, Summit and Soundset labels.

Professor Hamilton is featured in The Most Wanted Piano Teachers in the USA, and has given masterclasses worldwide. His students currently hold valued positions in the USA, South America, Europe and Asia.  Many have performed with leading orchestras, including the Cincinnati SO, Indianapolis SO, Mariinsky Orchestra St. Petersburg, Montreal SO, Royal Philharmonic, Korean SO, Sydney SO, Shanghai SO, London Westminster SO, and Melbourne SO.