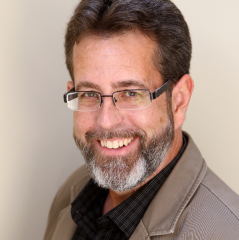 His research focuses mainly on morality, rationality, and the interconnections between the two, but he has also written on well-being, posthumous harm, and the non-identity problem. Currently, he is working on a book tentatively entitled "Oughts and Options: Opting for the Best." The book concerns what is, perhaps, the least controversial normative principle concerning action: you ought to perform your best option—that is, the option that is most highly favored by your reasons. The book sets aside substantive questions such as whether we have reason to promote our own good, promote the general good, abide by Kant’s categorical imperative, all of these, or none of these. Instead, it focuses on other issues, such as: What are our options? Which options do we assess directly in terms of how good they are and which do we assess in terms of their relations to other options? What do we hold fixed when assessing how good an option is? Do we, for instance, hold fixed the agent's present desires, beliefs, and intentions?

Before coming to ASU in 2005, he taught at the College of Charleston from 1998-2000 and at California State University, Northridge from 2000-2005. During the 2008-09 academic year, he was a faculty fellow at the Center for Ethics and Public Affairs, Murphy Institute, Tulane University. During the summer of 2015, he was a visiting fellow within the School of Philosophy, Research School of Social Sciences, Australian National University. And, during the 2016-17 academic year, he was a Laurance S. Rockefeller Visiting Faculty Fellow at the University Center for Human Values, Princeton University.

His research focuses mainly on morality, rationality, and the interconnections between the two, but he also writes on wellbeing, posthumous harm, and the nonidentity problem. He recently finished a book entitled: Commonsense Consequentialism: Wherein Morality Meets Rationality. The book defends a version of consequentialism that both comports with our commonsense moral convictions and shares with other consequentialist theories the same compelling teleological conception of practical reasons. Currenly, he is working on a couple of papers the principle holds that we ought to perform our best option -- the option that we have most reason, all things considered, to perform.