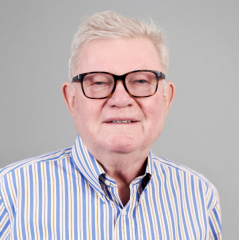 Professor Webster's current interests are comparative city building - how cities are differentially built in different jurisdictions and cultures; comparative urban form and dynamics; urban competitiveness and resilience; and peri-urbanization (most urban development is occurring on the fringes of cities worldwide). Geographically, his work focuses on East Asia. His current research interests focus on: (i) The impact of China’s One Belt One Road Strategy on the urban systems and sub-national economies of the Greater Mekong Subregion (GMS) which includes Cambodia, Laos, Myanmar, Southwest China, Thailand, and Vietnam; (ii) Peri-urbanization in China and Thailand; (iii) Urban resiliency in the GMS, particularly Thailand; and (iv) The future of the Dhaka Megapolitan Region in Bangladesh. Professor Webster is currently co-authoring a book on Chinese urban futures, based on extensive field work on city building processes in China over the last two decades.

Professor Webster was a Senior Consulting Professor in the Urban Dynamics of East Asia program at the Asia Pacific Research Center of Stanford University from 1998 to 2004. He has been professor of planning at the University of British Columbia, Asian Institute of Technology, Utrecht University, and the University of Calgary. He was the Senior Urban Advisor to the Thai Government from 1993 to 1998. Early in his career, he was a staff member of the World Bank, based in Malaysia. Over the last three decades Webster has been a frequent advisor to international organizations, such as the World Bank, and private corporations involved in city building processes and urbanization policies.