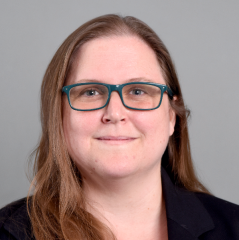 Michelle Saint is originally from Sacramento, California. She attended graduate school in Arizona, after which she spent time working in Florida, Washington, and Minnesota. She then returned to Arizona State University in 2016 as a philosophy lecturer.

Along with her work in fiction, Dr. Saint is committed to pedagogy. She is a member of the American Philosophical Association's Committee on the Teaching of Philosophy, and she has previously served as the co-coordinator for the American Philosophical Association's Teaching Workshop blog series. Her teaching is primarily structured around the acquisition of critical writing skills.