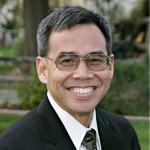 Dean Kashiwagi was a professor at the Arizona State University Del E Web School of Construction and is now the director of Kashiwagi Solution Model Inc. He is considered one of the leading experts and researcher in performance-based systems. Since 1992 Kashiwagi has performed more than 900 tests totaling $4.6B with a 98% success rate. Most tests have been in construction or related services, but has begun testing outside of construction such as IT services, food services, and radio equipment. He has implemented testing in over 30 different states (United States) and has testing in 6 different countries (Netherlands, Malaysia, Finland, Botswana, Canada and the United States). Prior to joining ASU, Kashiwagi was a project engineer for the U.S. Air Force during his 14-year tour. He is also an accomplished author (11 books and more than 100 articles).