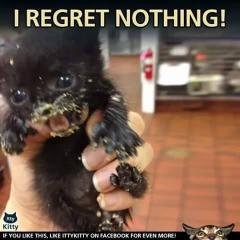 Although Dr. White really loves all of the literature of the British Victorian and Modern periods, she is especially devoted to the poetry of Yeats and the idea of metaphor. She also loves teaching the British literature surveys (English 221 and 222), World Literature, Contemporary Literature, English 302: Business Writing, and English grammar (believe it or not). She also loves Shakespeare, Native American literature, film studies, and analyzing the rhetoric of Major League Baseball (Links to an external site.), soap operas (Links to an external site.) and game shows.

In spite of all that, if Dr. White could go back and live her life over again, she would have a tough time choosing between becoming a forensic pathologist/medical examiner and a wildlife biologist, devoted to the study and conservation of the world's tiger population. The only obstacle would be all those chemistry and biology classes! Most recently, she has developed interests in engineering (structural and/or civil, like bridges and dams), and archeology, especially of Egypt and the middle east or the Mediterranean.

Dr. White lived in Houston, Texas, for most of her life where she taught high school before going to the University of New Mexico (UNM) for her doctorate, where she fell in love with the beauty of the Southwest. She graduated from UNM in 2002, then taught in Alabama for a couple of years; but she really missed the turquoise skies of the Southwest, so when the opportunity to return came, she jumped at it. She's lived in the Valley now since 2004.  She loves living here with her pride of cats: Maximus, Tink, Ginger, Ebbie, Monkey, Blossom, Honey, Bear, Little Buddy, Rufus the Red, Mr. Poofy Tail, Picky, Chloe, Bob, Rowdy Rhonda, Coo, Bugsy, Shelley, Rocky, Spike, Gracie, and Gracie's 4 brand new kittens, as yet unnamed. There's also a few who live outside and hang out in the garage.

Everything. Except maybe Algebra.