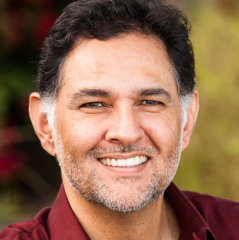 At Arizona State University, he has served as a vice provost, associate dean, department chair, president of the West campus Faculty Senate, and as the Faculty Council chair for the Arizona Board of Regents. Before returning to ASU, Pagán served as an assistant dean of students at Princeton, a faculty member at Williams College, and a senior program officer at the National Endowment for the Humanities in Washington, D.C. He has held an NEH Fellowship and was a postdoctoral fellow at Wesleyan University and at the University of California, San Diego.

Pagán was one of the hosts of History Detectives (PBS), a historical consultant with American Experience (PBS), and has appeared in national and international documentaries and television shows. He has served as a panelist for the Department of Education, the National Endowment for the Humanities, and the Arizona Humanities Council, as a committee member for the Organization of American Historians, and as a judge for the National Academy of Television Arts and Sciences.

His latest book “Valley of the Guns: The Pleasant Valley War and the Trauma of Violence” is publsihed with the University of Oklahoma Press. "Murder at the Sleepy Lagoon: Zoot Suits, Race, and Riot in Wartime L.A." is published by University of North Carolina Press. He has also published in scholarly journals in the fields of history, archaeology, geography, and sociology, and in international journals. In addition, Pagán authored "Historic Photos of Phoenix," which was reissued in paperback as "Remembering Phoenix," and won the Arizona Book Publishing Association's 2008 Glyph Award.

Pagán’s courses include The Bill of Rights and the U.S. Supreme Court, The Hispanic Southwest, American Indians, and Historical Methods.