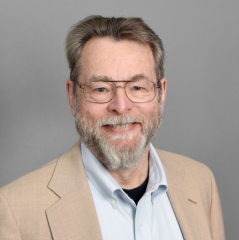 Braden R. Allenby is currently Lincoln Professor of Engineering and Ethics, and President's Professor of civil, environmental and sustainable engineering and professor of law, at Arizona State University. He is the founding director of the Center for Earth Systems Engineering and Management, and the founding chair of the Consortium for Emerging Technologies, Military Operations, and National Security, at ASU. He is also an American Association for the Advancement of Science (AAAS) fellow, a Batten Fellow in Residence at the University of Virginia's Darden Graduate School of Business Administration, and a fellow of the Royal Society for the Arts, Manufactures and Commerce. He was the U.S. Naval Academy Stockdale Fellow (2009-2010), a Templeton Fellow (2008-2010), and the J. Herbert Hollowman Fellow at the National Academy of Engineering (1991-1992).  During 1995 and 1996, he served as director of energy and environmental systems at Lawrence Livermore National Laboratory. His areas of expertise include industrial ecology, sustainable engineering, earth systems engineering and management, and emerging technologies. His latest books are "Industrial Ecology and Sustainable Engineering" (co-authored with Tom Graedel, 2010), "The Theory and Practice of Sustainable Engineering" (Pearson/Prentice-Hall, 2011), and "The Techno-Human Condition" (with Dan Sarewitz, 2011).