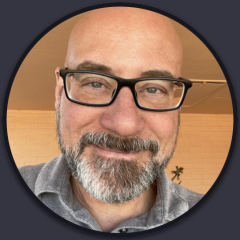 Tom Martin is a faculty fellow with Barrett, The Honors College on the Polytechnic campus. He is former Chief Scientific Officer of Diffusion Pharmaceuticals, a biotech company that has since gone public, and has drug candidates entering Phase III FDA trials. He has published research articles in journals such as Structure and Nature Structural Biology, as well as popular essays in Seed magazine and The Christian Science Monitor. He was the initial Barrett faculty fellow at the Polytechnic campus, and is currently doing most of his teaching for the TW Lewis Center.  He is also the Advisor for the Flinn Scholars, helping to found their Community Service Mentoring course. Through his affiliation with both the Lewis Center and the Flinn Foundation, he hopes to promote stronger connections between ASU and the local community.