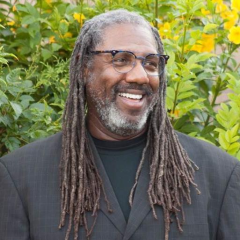 The author of "Ntozake Shange: A Critical Study of the Plays" (1995) and "Understanding Zora Neale Hurston's Their Eyes Were Watching God: A Student Casebook to Issues, Sources, and Historical Documents" (1999), Professor Lester has also published, lectured, and taught extensively in the area of African American children's literature. He has published on personal ads as African American biography and autobiography; black masculinities; African American homoeroticism; neo-slave narratives; parental (il)literacy in children's literature; the absence of the word "nigger" in contemporary African American children's texts; African American female sexuality; interracial intimacies in American popular music; African American womanist theory; Disney's first African American princess in "The Princess and the Frog;" Helen Bannerman's Little Black Sambo as an anti-trickster; and the gender and race politics of African Americans and hair. His study of heteronormativity in children's texts appears in the summer 2007 issue of the Journal of Gay and Lesbian Issues in Education: An International Quarterly Devoted to Research, Policy and Practice (volume 4, number 2, pages 55-74).  His third book, "Once Upon a Time in a Different World: Issues and Ideas in African American Children’s Literature" (2007), is a collection of Lester's published and new essays in children's literature with scholars, critics, and lay persons responding each to a different essay and creating a threaded conversation about identity, gender, sexuality and race. This collection is part of the “Children’s Literature and Culture” Series. He has also completed a co-edited collection of essays on the intersection of race, gender and sexuality in personal ads, "Racialized Politics of Desire in Personal Ads" (Rowman and Littlefield/ Lexington Books, 2008). His co-edited volume "Sapphire's Literary Breakthrough: Feminist Pedagogies, Erotic Literacies, Environmental Justice Perspectives" was published by Palgrave in 2012.

A popular public speaker and discussion facilitator, Professor Lester has an extensive record of publications, lectures, editorships, and public interviews. Over the course of his 20-year professional career, Lester has received numerous teaching awards and recognitions, including Outstanding Commitment to Teaching Award (1993), Distinguished Teaching Fellow Award (1996), and "Distinguished Finalist" for the Professor of the Year (2001). In 2001, Lester was named "Distinguished Public Scholar" by the Arizona Humanities Council, for his work both inside and outside the classroom. Lester was a recipient of the "Last Lecture" Award (2002), the Arizona State University Parents Association Professor of the Year (2003), the College of Liberal Arts and Sciences Dean's Distinguished Professorship (2004), and Foundation Professorship (2007). Lester served a two-year term as chair of the Board of Directors for the Arizona Humanities Council and served as dean of Humanities in the College of Liberal Arts and Sciences from August 2010 through February 2012. In 2011, Lester was elected to the Executive Committee of the Association of Departments of English (ADE), an affiliate of the Modern Language Association of America and has served as associate vice president for humanities and arts in the Office of Knowledge Enterprise Development, where his role was to promote and integrate humanities research throughout the university; an extension of the university-wide Project Humanities initiative he began in August 2010 and continues to direct.