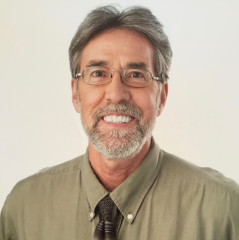 Paul Hirt is a historian specializing in the American West, environmental history, environmental policy, and sustainability studies. Hirt's publications include a monograph on the history of electric power in the U.S. Northwest and British Columbia, titled "The Wired Northwest" (Univ Press of Kansas, 2012), and a history of national forest management since WWII ("A Conspiracy of Optimism," 1994), along with edited two collections of essays on Northwest history ("Terra Pacifica," 1998 and "Northwest Lands, Northwest Peoples," 1999). Hirt has also authored more than two-dozen articles and book chapters on environmental and western history and policy. His current activities include research and public presentations on the transition to clean energy, sustainable water use, public and private land conservation, adaptive management in the Colorado River Basin, and documentary films on the energy transition.

Professor Hirt is involved in many public engagement programs focused on the above topics, including the Smithsonian's Museum on Main Street traveling exhibit Water/Ways, an administrative history of the Glen Canyon Dam Adaptive Management Program funded by the U.S. Bureau of Reclamation, a film on the closure of the coal-fired Navajo Generating Station and its impact on the Navajo Nation, and an educational website on Nature, Culture, and History at Grand Canyon, funded by the National Endowment for the Humanities.

Professor Hirt has served as a book and manuscript reviewer for more than a dozen academic presses and journals and has held positions on several editorial boards and professional association program and prize committees. From 2007-2011, he served on the Executive Committee of the American Society for Environmental History (ASEH) and, from 2011-2015, he served on the editorial board of the journal Environmental History. For several years he chaired ASEH's Sustainability Committee and its Advisory Board for Professional Development and Public Engagement.

In his private life, Hirt held an elected position on the board of directors of Salt River Project from 2016-2020, one of the nation's largest nonprofit water and power utilities centered in greater Phoenix, and he is involved with regional conservation organizations, including the Sky Island Alliance based in Tucson, Arizona, where he served on the board of directors from 2002-2011, and the Chiricahua Land Conservancy, currently serving as president.

Cody Ferguson and Paul Hirt, "‘Power to the People’: Grassroots Advocacy, Environmental Protection, and Democratic Governance in the Late 20th Century,” in the book The Nature of Hope: Grassroots Organizing, Environmental Justice, and Political Change, edited by Char Miller and Jeffrey Crane. In press, The University Press of Colorado, 2018.

Paul W. Hirt and Adam M. Sowards, “The Past and Future of the Columbia River,” peer-reviewed chapter in a book titled The Columbia River Treaty Revisited: Transboundary River Governance in the Face of Uncertainty, edited by Barbara Cosens. Oregon State University Press, 2012.

Paul Hirt, “Back to the Future: The Rise, Decline, and Possible Return of the U.S. Forest Service as a Leading Voice for Conservation in America, 1900–2000,” in V. Alaric Sample and Steven Anderson, eds., Common Goals for Sustainable Forest Management: Divergence and Reconvergence of American and European Forestry. Durham: Forest History Society, 2008: pp. 124-153.

Paul Hirt, “Biopolitics: A Case Study of Political Influence on Forest Management Decisions, Coronado National Forest, Arizona,” a chapter in the book Forests Under Fire: A Century of Ecosystem Mismanagement in the Southwest.  Edited by Arthur Gomez and Christopher Huggard.  Tucson: University of Arizona Press, April 2001.

Paul Hirt, “Predicting the Future by Understanding the Past: A Historian Considers the Forest Service,” in A Vision for the U.S. Forest Service: Goals for Its Next Century.  Edited by Roger A. Sedjo.  Washington DC: Resources for the Future, 2000, pp. 149-69.

Paul Hirt, “Getting Out the Cut: A History of National Forest Management in the Northern Rockies,” a chapter in the book Northwest Lands, Northwest Peoples, edited by Dale Goble and Paul Hirt.  Seattle: University of Washington Press, 1999.

Paul Hirt, “Creating Wealth by Consuming Place: Making Sense of National Forest Management in the Pacific Northwest,” a chapter in the book Power and Place in the North American West.  Edited by John Findlay and Richard White.  Seattle: University of Washington Press, 1999.

Paul Hirt, “Dupes, Conspirators, Truth-Seekers, and Other Breeds: A Typology of the Human Animal in Environmental History Narratives,” a chapter in the book Human/Nature: biology, culture, and environmental history.  Edited by John Herron & Andrew Kirk.  Univ of New Mexico Press, 1999.

Paul Hirt, “Following the Money,” Inner Voice, vol. 9, no. 1 (Jan/Feb 1997), pp. 1, 6-8.  (A feature article for an issue devoted to the influence of federal budgets on national forest management. Journal of Forest Service Employees for Environmental Ethics.)