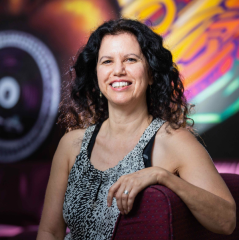 Naomi Jackson was born in Canada. She received her bachelor's in art history and philosophy from McGill University (Canada); master's in dance studies from the University of Surrey (U.K.); and doctorate in performance studies from New York University. She was appointed a Lincoln Center Scholar for 2012-2013.

Prior to joining Arizona State University, Jackson served on the faculties of The Juilliard School and Queen's College, NY.