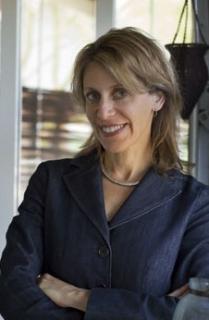 Dean, College of Architecture and Planning, University of Colorado Denver

Ph.D., Urban Planning, Columbia University, Dissertation: "In Search of a Usable Past: Urban Design in a French New Town," 1994.

2007 Power Player, One of 25 awarded by the Phoenix Business Journal to "the Valley's most influential Power Players for their leadership, professionalism and dedication to our community," 2007.

Who's Who of American Women 25th Silver Anniversary Edition, entry, 2005.

Annual Award for Contribution to Town Planning in the Republics of ex-Yugoslavia (Slovenia, Croatia, Bosnia, and Macedonia) for Postmoderni Urbanizam (translation of Postmodern Urbanism), Delivered at annual conference of Town Planning Association of Serbia, City of Kragujevac, 2002.

Arizona Commission on the Arts Grant, "Towards an Arts District for Downtown Phoenix," 2001-2.

Publications: Articles in the local press

Media Coverage: Feature Articles about Work in Books and Magazines

Quoted in the Press Since 2005 (selected)