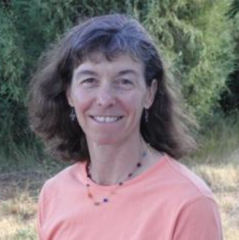 Empirically, Michelle Hegmon’s research focuses on the archaeology of the U.S. Southwest, particularly the Mimbres region of southwest New Mexico. For many years she and Margaret Nelson co-directed the Eastern Mimbres Archaeological Project, and together they published "Mimbres Lives and Landscapes" (2010). Their work together established that the occupation of the region continued even after the end of the spectacular pottery for which it is known, a finding that has become a key example of reorganization in archaeological applications of resilience theory.

Professor Hegmon has a long-standing interest in social theory. She is known for her theoretical work, including a review article in American Antiquity (2003) that defined the approach taken in North American archaeology as “processual-plus,” meaning theoretically broad and methodologically rigorous study of subjects ranging from religion to subsistence. Her work often involves translating complex theoretical concepts into dimensions and variables that can be assessed archaeologically.  For example, her 2008 article in American Antiquity shows that social rigidity – sometimes taking the form of a rigidity trap – is associated with particularly severe transformations fraught with human suffering.

The Archaeology of the Human Experience (AHE) is an emerging paradigm developed by Hegmon and colleagues. It develops ways of assessing human well being (or lack thereof) in the past archaeologists study, and investigating how the human experience affects and is affected by social transformations.

She was a co-PI of the National Science Foundation-funded Long-term Vulnerability and Transformation Project (LTVTP), which involved the comparative study of five long-term cases in the U.S. Southwest and northern Mexico. She continues work on the human experience of social transformations, comparing the LTVTP cases to several cases (including Greenland and Iceland) studied by the North Atlantic Biocultural Organization.