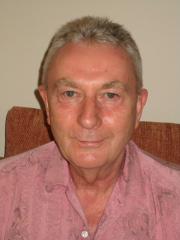 Upon graduation from the Royal Academy of Dramatic Art in London, Philip Taylor became an actor with the Bristol Old Vic, playing at the renowned Theatre Royal, Bristol. Following the Old Vic’s tour of North America, Europe and the Middle East, he was invited to join the Royal Shakespeare Company where he acted for five seasons at Stratford-Upon-Avon, the Aldwych Theatre in London, and on tours of the United States, Australia and Japan. While on tour in the States, he received an offer to teach Classical Acting and Elizabethan Drama at the University of Southern California.  While teaching at USC, he spent one summer as in intern television director with Aaron Spelling Productions under his friend and mentor, Ted Post. This was to prove an invaluable experience later in his career. He also appeared with Richard Chamberlain in Jonathan Miller’s production of Richard II at the Ahmanson Theatre. This production was so successful, it transferred to the East Coast and, while playing at the Kennedy Center in Washington, he was asked to join the American Shakespeare Theatre in Stratford, Connecticut as associate director. He spent two seasons there, commuting into Manhattan to direct plays at Circle In The Square, the New Dramatists, and for Joseph Papp at the New York Public Theatre. He also taught acting at Princeton University, and was a guest instructor at the American Academy of Dramatic Arts.

On a summer trip back to Los Angeles, Mr. Taylor began to re-explore his love of writing. He had previously won the Poetry Society of Great Britain Award, but now, on the suggestion of a friend -- Sherwood Schwartz, creator of The Brady Bunch and Gilligan’s Island -- his writing turned in an entirely different direction… television comedy. He wrote for shows as diverse as All In The Family, Good Times, The Brady Bunch and Too Close For Comfort. After a period at Paramount, as story editor on Mork and Mindy -- his episode, "Dr. Morkenstein", was nominated for a Writers Guild Award -- he turned his attention to dramatic shows and worked on series such as The Incredible Hulk, Knight Rider, The Fall Guy, etc., in addition to writing and producing pilots and movies for television.

In 1989, Mr. Taylor wrote the pilot for the Family Channel's flagship series, The New Zorro, and was writer-producer of the series for its entire five-year run. In addition, he co-wrote and co-produced the movie thriller, I'm Dangerous Tonight, starring Anthony Perkins and Dee Wallace-Stone, and the cult classic Lust In The Dust, starring Divine and Tab Hunter. After The New Zorro, he was instrumental in getting two new series, Highlander and Forever Knight, off the ground. He was supervising producer on Highlander and wrote many of the initial episodes.

Mr. Taylor also found time to direct a number of plays in and around Los Angeles. Since settling in Arizona in 1994, he has commuted to Los Angeles, working on several television series, including Murder, She Wrote, Silk Stalkings and The Magnificent Seven. Most recently, he was executive story editor on Jerry Bruckheimer’s first television series venture, Soldier of Fortune, Inc. He is currently developing a comedy series titled Stain and Grable for London Weekend Television, and a screenplay entitled The Moors Murders, based on the notorious serial killers Ian Brady and Myra Hindley. He has also become involved in local theatre, recently directing Amadeus for Phoenix Theatre, and the musical revue GUV-TV for the Scottsdale Center for the Arts. He was also co-director of the Genesis New Plays Project for the Arizona Theatre Company.

Mr. Taylor started teaching at ASU as a faculty associate in 2003. He became a visiting lecturer in 2006 and in 2007 became assistant professor of screenwriting at the then ASU School of Theatre and Film in the Herberger College of the Arts. In May, 2013, Taylor semi-retired and is currently teaching and building online courses for the School of Film, Dance and Theatre.