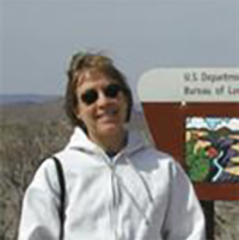 Katherine A. Spielmann's research interests focus on prehistoric economies in smaller-scale societies, primarily in North America. She is especially interested in the ways in which economic intensification is fueled by increasing demands for food and goods in ritual, political and social contexts. One of her primary contributions to the discipline has been to demonstrate the variety of conditions under which small-scale societies with relatively non-complex political systems develop complex, specialized economies. She is also interested in the relationship between diet and health under different subsistence regimes.

Professor Spielmann has completed 20 years of archaeological field research in the Salinas area of central New Mexico and embarked on a series of NSF-funded analyses of the wealth of data that was collected over those two decades. One of these analytical projects has focused on the nature and extent of economic specialization among aggregated Pueblo communities during the fourteenth through sixteenth centuries, with a particular focus on ceramics, and has demonstrated that each ceramic type (plain, white and glaze ware) was the product of a different scale of specialization and exchange.

Most recently Spielmann has returned to an interest she developed during her doctoral research concerning human-ecosystem interaction. Over the past two years she has organized a collaborative team of archaeology and ecology faculty and students that has initiated both a research and a teaching program focused on Perry Mesa, Agua Fria National Monument, north of the Phoenix Basin. There they are investigating the long-term ecological changes that resulted from a pulse of occupation by farmers in the A.D. 1200s and 1300s.