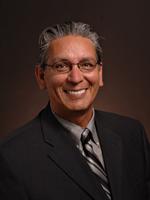 Since 2007, Professor Kevin Gover has served as director of the Smithsonian Institution’s National Museum of the American Indian. In addition to being on the Sandra Day O'Connor College of Law’s faculty, he is an affiliate professor in the American Indian Studies Program at ASU.

Following his graduation from law school, Professor Gover clerked for U.S. District Judge Juan G. Burciaga, then practiced law with a large firm in Washington, D.C. In 1986, Professor Gover formed a law firm in New Mexico, which grew into one of the largest Indian-owned law firms in the country. He also practiced law with Steptoe & Johnson, where he headed the Indian Practice Group. From 1997-2001, Professor Gover served as Assistant Secretary of the Interior for Indian Affairs under Interior Secretary and former Arizona Gov. Bruce Babbitt. He concentrated on upgrading Indian law enforcement, rebuilding decrepit Indian schools, reforming trust services and overhauling the Bureau of Indian Affairs’ management systems.

A member of the Pawnee Tribe of Oklahoma, Professor Gover previously served as a judge for the Tonto Apache Tribal Court of Appeals, and the San Carlos Apache Tribal Court of Appeals and has been on the governing boards of several non-profit educational institutions. In 2017, he received a Lifetime Achievement Award from the Native American Bar Association of Arizona (NAGA-AZ), honored for his influential career in government, higher education and private practice.