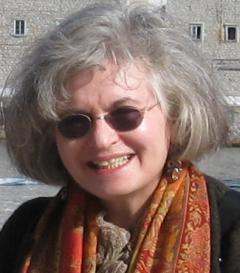 Sybil Thornton's research focuses on three interrelated areas of Japanese narrative:  medieval Buddhist propaganda, late-medieval epic, and the period film.  In addition to several articles and book chapters, she is the author of Charisma and Community Formation in Medieval Japan: The Case of the Yugyo-ha (1300-1700) and of the 2007The Japanese Period Film:  A Critical Analysis.  She is now working on a translation and study of the c. 1400  Meitokuki, the second of a proposed series of five late-medieval Japanese epics and an article on the fabricated earthquake report as a type scene in the Japanese epic.

Dr. Thornton has been particularly active in advancing knowledge about Asia among Arizona Community College and K-12 teachers and students.  In 2011-2014, she was also PI of a Japan Foundation Institutional Project Support grant which funded lectures, performances, film series, art exhibits, a major international conference on 3/11, and book purchases for Hayden Library.

University of Cambridge
Ph.D. in Oriental Studies, July 1990 “The Propaganda Traditions of the Yugyō ha: The Campaign to Establish the Jishū as an Independent School of Japanese Buddhism (1300-1700)”
MA in Japanese, 1985
BA in Japanese, 1983 “The Concept of ‘Jidai’ in Japanese Folk Religion and Popular Culture”