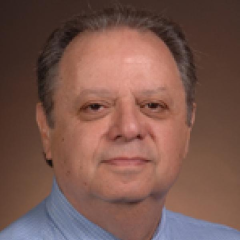 David Kader has primarily taught in the areas of criminal procedure, torts, state constitutional law and religion and the Constitution. Before joining the faculty in 1979, Professor Kader was law clerk to Justice R. F. Utter of the Washington Supreme Court and taught at Warwick University in England after obtaining his LL.M. from University College London in England, as well at the University of Iowa.  He served as Associate Dean of the law school at ASU from 1980-83. He has been a Visiting Professor of Law at Southampton University in England, Loyola University in Los Angeles, Syracuse University in New York and Seattle University; as well as at Wuhan University in China and Sarajevo University in Bosnia-Herzogovina. Professor Kader also has taught in the Arizona Center of Medieval and Renaissance Studies Summer Abroad Program at Cambridge University, participated in a National Endowment for the Humanities Summer Seminar at the Oxford Center for Hebrew and Jewish Studies in England, as we as being a Visiting Fellow at the University of London Institute for Advanced Legal Studies. His work has taken him to the Balkans and to Turkey as part of an Arizona delegation under the auspices of the Foundation of Inter-Cultural Dialogue. Professor Kader will receive Professor Emeritus status summer of 2015, after completing 36 years on the law faculty of ASU and 41 years as a law professor.