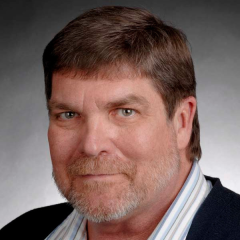 Joseph E. Urban is professor emeritus of computer science at Arizona State University. He has worked at Texas Tech University, the University of Miami, the University of Louisiana at Lafayette, and part-time at the University of South Carolina while with the U. S. Army Signal Center. He served as a program director in the U.S. National Science Foundation on an Intergovernmental Personnel Act mobility assignment within the Division of Computing and Communication Foundations of the Directorate for Computer and Information Science and Engineering and as the deputy division director in the Division of Computer and Network Systems.  He has published 136 conference, journal and book chapter publications. He has supervised 85 graduate student doctoral dissertations, master’s theses, master’s projects and master’s scholarly papers. He has supervised the development of nine software specification languages. His research areas include software engineering, executable specification languages, prototyping software systems, web-based software tools, cybersecurity, computer languages, data engineering, and distributed computing. His research efforts have been supported through industry, state, and federal sources. He served on the Air Force Studies Board (AFSB) of the National Research Council and was a member of two AFSB software engineering studies and one AFSB robotics study.

He has received the Computer Society’s Meritorious and Distinguished Service Awards, a Distinguished Professor Award while at the University of Louisiana at Lafayette, and an Association for Computing Machinery Doctoral Dissertation Award.