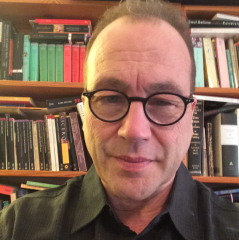 Before joining the School of Civic and Economic Thought and Leadership in 2017, Kent Wright was an associate professor of history in ASU's Department and then faculty of History. A native of Michigan, he did his graduate work at the University of Chicago, where he specialized in modern intellectual history in general, and the era of the Enlightenment and the American and French Revolutions in particular. He is the author of "A Classical Republican in Eighteenth-Century France: the Political Thought of Mably" (Stanford) and a forthcoming book on "The Revolutionary Atlantic, 1763-1830" (Cambridge), as well articles and essays on Montesquieu, Rousseau, and modern historiography.  From 2011 to 2014, Wright was co-editor of the journal French Historical Studies. He is currently at work on a book on the history of the idea of "the Enlightenment," as object both of scholarly study and intellectual-political polemics, in the the 20th century.