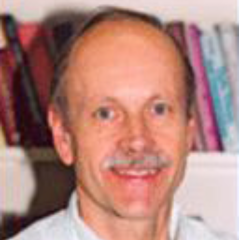 He has conducted major research projects on race and class in the colonial city of Oaxaca and colonial Zapotec, Chinantec and Mixe villages of Oaxaca's northern sierra. His current work focuses on the position of the native Mixtec nobility in colonial Mexico. His work has been funded by the Ford Foundation, the National Science Foundation and most recently by the Fulbright-Hays program of the U.S. Department of Education. He served as president of the American Society for Ethnohistory in 1994-1995 and as chair of the Department of Anthropology at ASU from 1999 to 2003.

Chance's teaching interests include the history of anthropological theory, anthropological approaches to political economy, social inequality and the ethnography and ethnohistory of Mesoamerica, especially Mexico. His research concerns the place of the Indian in colonial Mexico (1519-1821). He has worked in a variety of civil and church archives in Mexico and Spain.

Ph.D. (1974), University of Illinois at Urbana-Champaign