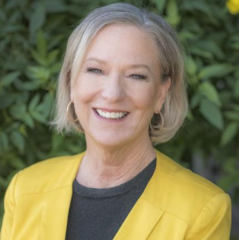 Kristin Gilger is Reynolds Professor in Business Journalism at the Cronkite School and executive director of the National Center on Disability and Journalism, located at Cronkite.

Gilger was interim dean of the Cronkite School in 2020-2021. She joined the school in 2007 as assistant dean and subsequently served as associate dean and senior associate dean. Previously, she was director of Student Media at ASU.

Before coming to ASU, Gilger served as deputy managing editor for news at The Arizona Republic, where she led a team of more than 100 reporters and editors at the nation’s 15th largest newspaper. She also served as managing editor of The Statesman Journal newspaper in Salem, Oregon, and in various editing positions at the Times-Picayune newspaper in New Orleans. She was a reporter and editor in St. Cloud, Minnesota, and in Charleston, South Carolina, early in her career.

She conducts seminars and training sessions on newspaper management, gender representation in newsrooms, news writing, and journalism ethics for professional journalists around the world. She has led sessions for the Associated Press Managing Editors, the American Association of Sunday and Features Editors, the National Writers Workshop and the U.S. State Department, among others.

She is the co-author of a book, "There's No Crying in Newsrooms: What Women Have Learned About What it Takes to Lead," published by Rowman & Littlefield in 2019.

She won the National Headliner Award for Public Service in Journalism in 1993 for her work editing a year-long project on race relations in New Orleans. She also has won awards from Gannett Co., The Associated Press, Best of the West and the Society of Professional Journalists.