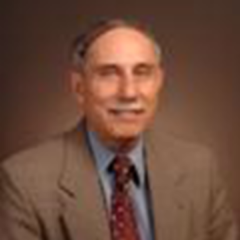 Eugene García is a Professor Emeritus at Arizona State University (ASU).  From 2002-2006, he was the dean of the Mary Lou Fulton College of Education on the Tempe campus. From 2006-2011, he was professor and vice president for education partnerships at ASU. Before joining ASU, he served as professor and dean of the Graduate School of Education at the University of California, Berkeley (1995-2001). He has served as a postdoctoral fellow in human development at Harvard University and as a National Research Council Fellow. He has been a recipient of a National Kellogg Leadership Fellowship and received numerous academic and public honors. He served as a faculty member at the University of Utah, the University of California, Santa Barbara, Arizona State University and the University of California, Santa Cruz. He has served previously as a national research center director, an academic department chair on two occasions, and as dean of the Social Sciences Division at University of California, Santa Cruz.  Professor García is involved in various community activities and has served as an elected member of an urban school board. He has published extensively in the area of language teaching and bilingual development authoring and/or co-authoring over 200 articles and book chapters along with 14 books and monographs. He holds leadership positions in professional organizations and continues to serve in an editorial capacity for psychological, linguistic and educational journals and serves regularly as a proposal panel reviewer for federal, state and foundation agencies.  He served as a senior officer in the U.S. Department of Education (1993-1995). He is conducting research in the areas of effective schooling for linguistically and culturally diverse student populations and has chaired the National Task Force on Early Education for Hispanics funded by the Foundation for Child Development. He has been honored by AERA, SRCD, NAEYC, ASCD and AAHHE for his research contributions and in May, 2011 he received an Honorary Doctorate of Letters from Erikson Institute, Chicago, in recognition of his contributions to the area of Child Development. Most recently he was appointed to the Board on Children, Youth and Families of the Institute of Medicine and the National Research Council. His most recent books include "Young English Language Learners" (2010), edited with E. Frede (Teachers College Press), "Bilingualism and Cognition" (2011) with Jose Nanez (American Psychological Association) and "Understanding the Language Development and Early Education of Hispanic Children" with Erminda Garcia (2012) Teachers College Press.