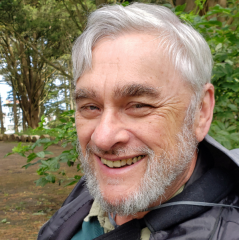 Professor Ellman’s spent the largest part of his career studying Family Law. He served as Chief Reporter and the Justice Ammi Cutter Reporter of the Principles of the Law of Family Dissolution, published in 2002 by the American Law Institute, and was the senior author of a leading text on family law that went through 5 editions. His most recent work in family law focused on an empirical investigation into people's judgments about the obligations the law should require of famiily members to one another, done in collabotation with social psychologists, work that was extended to the United Kingdom in collaborations established while Professor Ellman was a Visiting Fellow at Trinity College, Cambridge in 2013.

Professor Ellman served on many legislative and judicial committees in Arizona concerned with family law and policy, including the Arizona Child Support Guidelines Committee. He has also written on health care law and was a founding member of the Bioethics Committee of Good Samaritan Medical Center in Phoenix.

Professor Ellman served as law clerk for Justice William O. Douglas of the United States Supreme Court, as legislative aide to Senator Adlai Stevenson III, and a consultant to the California legislature. He also practiced law in San Francisco.