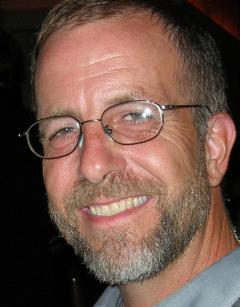 Brian Sullivan began his academic career as an Arizona State University lecturer after completing his doctorate in zoology at ASU in 1983. He then held academic positions at the University of Texas at Austin and the University of Maine before returning to Arizona in 1989 to accept a tenure-track position at ASU's West campus.

Currently, Professor Sullivan is investigating a number of aspects of the evolution and conservation of amphibians and reptiles of Arizona. His interest comes from what he describes as a dramatic shift in biological thought over the past three decades with respect to the evolution of species differences and the nature of species boundaries. He also points to an increasing recognition of the detrimental effects of urbanization and other human activities on the communities of amphibians and reptiles of the fragile Sonoran Desert.

Specifically, Professor Sullivan is working to evaluate the nature of species boundaries among Tiger and Little Striped whiptailed lizards; the causes and consequences of hybridization between Arizona and Woodhouse's toads along the Agua Fria River in central Arizona; the relationship between habitat variation and density of chuckwalla lizards in urban preserves; and the impact of human activities on communities of snakes, lizards and toads in the Phoenix area.

He is the author of "The greening of public land grazing in the southwestern United States" (now in press, published by Conservation Biology).