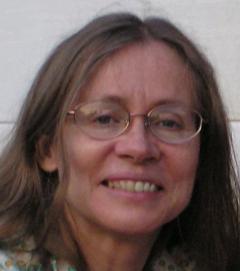 BIO-Narrative: Nicole Herbots, i.r., PhD UCL, doctor ingenieur, joined ASU's Department of Physics & Astronomy in 1991 ,after 4 years as a faculty at MIT (1987-1991), and 3.5 years as research scientist in the Solid State Division at Oak Ridge National Laboratory (1984-1987). She is presently a professor emeritus in Physics at ASU. She is an inventor who holds multiple patents in semiconductors, medical electronics, molecular inorganic and organic nanophases and nanoscale technology. She is also a science educator who won a teaching award from engineering students for her development of interactive in-class and desktop experiments to teach fundamental and quantum physics concepts to undergraduates, and for her use of technology and whiteboards. She was an IBM Professor of Electronic Materials and a Carl Soderberg professor at MIT and a researcher in the Particle-Solid Interactions in the Solid State Division at Oak Ridge National Lab.

Her most recent technology disclosures are at the boundary of condensed matter physics, biology and medical electronics, with applications in medical devices implants such as integrated single device medical implants and InterOcular Lenses (IOL's) used in cataract surgery to replace clouded natural lenses and restore the ability to focus eye vision.

In 2003-2004, she introduced for the first time the use of on-line homework tutorials, conceptual and quantitative physics problem-solving with Mastering Physics.

LABORATORY FACILITIES CONSTRUCTED WHILE AT ASU:

1) N. Herbots' Combined Ion and Molecular Deposition/SiO2 Class 100 Clean Room Laboratory has an area of 400 square feet. It includes among others

- an newly upgraded hazardous materials, HF compatible customized glove-box made exclusively of polyproylene and teflon, with an 8 cubic feet  vented loadlock, and a 24 cubic feet work volume totally contained and vented to an acid hood, where a controlled atmosphere of nitrogen, oxygen, helium, argon or forming gas can be used for Langmuir-Blodgett molecular film formation, wafer bonding between Si-based materials, and nano-phase & interphase synthesis can be conducted, including commensurate beta-crystobalite on (1x1) Si(100) at 300 K

The IBeam User facility where the CIMD and some of the SiO2/Wafer Bonding/SiO2HydroAffinity facilities are located can be toured at http://www.ibeam.asu.edu/

3-year doctoral research in Applied Physics, in the Science of Microelectronics: Thin/Film IC processing in the Electrical Engineering Class 100 clean-room with  Prof. Van de Wiele, Ion Beam Analysis on the RBS line at the UCL Van der Graaff accelerator in the Cyclotron with Prof. Grégoire, and Auger Electron Spectroscopy and Scanning Microscopy with Porf. Bertrand

"Design, Construction and Testing of Rutherford Backscattering Vacuum Chamber and beamlime and Testing with As-doped Si(100) via Ion Implantation and Au films on Si(100)

Doctor of Philosophy, Applied Physics & Engineering, In the Science of Microelectronics

Induction into the National Academy of Inventors, March 2018

Induction into the National Academy of Inventors, March 2018

Prof. Herbots with SiO2 NanoTech's CEO R&D team at the first Spring MRS in Phoenix in 2016

(see the following link for a lab tour by Prof. Culbertson, Wilkens or myself, for applying for access, submitted request for samples analysis by one of our researchers or AP, or signing up for a research account and IBA training, or schedule user's time:  http://lecsss.asu.edu/ibeam,

Prof. Culbertson and Barry Wilkens offer with the LE-CSSS a yearly FREE Ion Beam Analysis workshop in May.

which houses IBeAM in a three-bay laboratory specifically designed for supporting the weight and maintain the alignement of the beam-lines.

The GW B38-36-34 laboratory hall provides 2400 square feet of space, and the necessary utilities:

• 2 chemical hoods with individual exhausts for either corrosive or explosive chemicals,

• THE ASU  SiO2/CIMD Class 100 clean-room with 4,800 CFM HEPA filtered air flowing into the IBeAM is INTEGRATED to THE IBEAM,

In other words, samples/wafers can be easily transferred from the clean-room, EpOxNox chemical laminar flow hood and CIMD system into the IBA UJV or controlled atmosphere chambers for analysis.

Between 2008 and 2010, the SiO2 CIMD lab received a $30,000k Strategic Initiative Award from the Arizona Board of Regents based on the IP output of CIMD research.

This has resulted in 2 US/International Patents being granted, 2 utility patents filed, 2 provisional patents pending and 2 commercial licenses.  The ABOR award has enabled an upgrade of our customized  EpOxNox™ wet chemical lamimar food and controlled atmosphere glove box (Class 1) to handle wafers from 1" to 16" for research and technlogy in the following area's:

• Professional Profile & Activities, Companies I have founded, are listed ON LINKEDIN

• Academic Profile and Updates on WWW.ACADEMIA.EDU

Based on the following five publications (as of May 2011):

AIP Conference Proceeding of the 21st

Conference on the Application of Accelerators in

Conference on the Application of Accelerators in Research and Industr y

Water affinity and condensation on Si-based surfaces is investigated to address the problem of condensation and fogging on silicone InterOcular Lenses (IOL) used in cataract surgery, using Si(100), silica (SiO2) and PDMS silicone [(SiOCH3)n]. Condensation is described by 2-step nucleation and growth where roughness controls heterogeneous nucleation of droplets followed by Ostwald ripening.

Polymer adsorption and ion beam modification of materials (IBMM) can be used to modify surface topography, composition, and SFE, and to alter water affinity of Si-based surfaces

Polymer adsorption of hydroxypropyl methylcellulose (HPMC) cellulose C32H60O19 with areal densities ranging from 1018 atom/cm2 to 1019 atom/cm2 is characterized via Rutherford backscattering spectrometry (RBS), and allows for the substrate to adopt the topography of the polymer film and its hydrophilic properties.

The SFE and topography of Polydimethylsiloxane (PDMS) silicone polymers used for IOL’s can also be modified by IBMM.

IBMM of HPMC cellulose occurs during IBA as well.  Damage curves and ERD are shown to characterize surface desorption accurately during IBMM so that ion beam damage can be accounted for during analysis for polymer films areal density, and composition.

IBMM of Si(100)-SiO2 ordered interfaces also induces changes of SFE, as ions disorders surface atoms. The SFE converges for all surfaces, hydrophobic and hydrophilic as ions alter electrochemical properties of the surface via atomic and electronic displacements

Our three most recent research foci are


3) Some of our recent patents and  technology disclosures are:

“Methods for Wafer Bonding, and for Nucleating Bonding Nanophases”