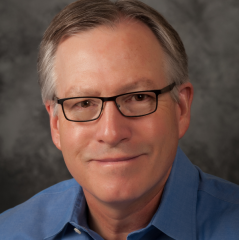 Stephen M. Goodnick is a professor of electrical engineering in the Ira A. Fulton Schools of Engineering and the deputy director of ASU Lightworks in the Julie Ann Wrigley Global Institute of Sustainability.

Some of his main research contributions include analysis of surface roughness at the Si/SiO2  interface, Monte Carlo simulation of ultrafast carrier relaxation in quantum confined systems, global modeling of high frequency and energy conversion devices, full-band simulation of semiconductor devices, transport in nanostructures, and fabrication and characterization of nanoscale semiconductor devices.  He has published over 400 journal articles, books, book chapters, and conference proceeding, and is a fellow of IEEE (2004) for contributions to carrier transport fundamentals and semiconductor devices.