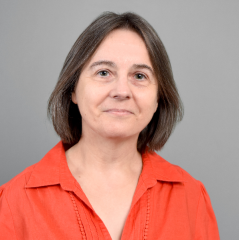 Agnes Kefeli has taught Tatar, history, and religious studies at Arizona State University since 1995. In her award-winning book, "Becoming Muslim in Imperial Russia: Conversion, Apostasy, and Literacy" (Cornell University Press 2014), which received the 2015 Reginald Zelnik Prize from the Association of Slavic, East European, and Eurasian Studies, she examines four different areas: popular religion, education, gender, and the frontier. She is especially interested in conversion, popular contestation of official identities, production of religious knowledge, collective memory, and women’s activities in the religious sphere, in the past as well as in the present. Her work draws on fieldwork observations, Russian-language archival documents, and Turkic Sufi sources, which have played and still play an important role in the Islamization and re-Islamization of Eurasia and Central Asia. Several granting agencies, including the National Humanities Center at Chapel Hill, the International Research and Exchanges Board, the American Association of University Women, the Spencer Foundation, and the Library of Congress, have recognized the excellence of her research. Presently, she is a clinical professor on the religious studies and history faculties, where she teaches courses on World Religions, Global History, the Abrahamic traditions, and Islam in its classical and contemporary contexts for which she has designed three teaching workbooks, published respectively in 2012, 2014, and 2016 by Kendall Hunt. Kefeli also works closely with Barrett Honors students on various projects related to religion in the Phoenix area or Islam in Central Asia. Finally, she proudly serves as the current coordinator of the Islamic Studies Undergraduate Certificate and mentors graduate students specialized in Eurasian studies.

Agnes Kefeli is currently exploring the development and significance of new eschatologies in Eurasia, provoked in part by ecological crises of the twentieth century. In the post-Soviet period, as Islam has recovered from a series of vicious Communist antireligious campaigns, post-Soviet intellectuals have sought to map out responses to the ethnic and ecological challenges of their day. In their works, they have outlined sharply divergent views concerning ecological sustainability, multiculturalism, democracy, the exploitation of nature, and the future of their community in the Russian Federation. Drawing on their historical and religious traditions, some have embraced a highly secularized vision of their society; others seek to recover the religion and folkways of their ancestors; still others ally themselves with resurgent global Islam. Each of these approaches to the future implies a particular eschatological denouement.