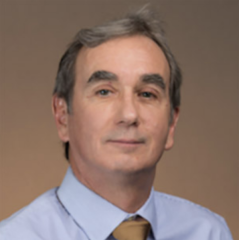 Martin Wojciechowski is an evolutionary biologist interested in plants and microorganisms, specifically their evolutionary relationships, biogeographic and ecological distributions, chromosome evolution and genome structure, dates and rates of diversification, as deduced from the application of molecular data and phylogenetic methods.  His major focus is the systematics and evolutionary history of the legumes, a large and diverse family of flowering plants which includes peas, beans, alfalfa, clovers, locoweeds, acacias, mesquites, and paloverdes — many of which are agriculturally and/or ecologically important worldwide.  He is a founding member of the Legume Phylogeny Working Group, an international team of legume scientists, and serves as the legume family editor for The Jepson Manual Project (flora of vascular plants of California, UC Berkeley Press) and the soon-to-be published Legumes of Arizona, An Illustrated Flora and Reference.  Recently, his work has expanded into the genomics of cacti with an emphasis on the columnar species of North America such as the saguaro (Carnegiea gigantea).

Trained as a botanist and microbiologist, Wojciechowski has worked on topics as diverse as DNA structure and enzymology, P transposable element evolution in Drosophila, cyanobacterial ecology and evolution, and the regulation of DNA recombination and repair systems in bacteria.  Before coming to ASU, he was a museum research scientist at the University of California, Berkeley, a visiting scholar at University of California, Davis, an adjunct Research Professor and NSF-sponsored Research Training Group coordinator at the University of Arizona, Tucson. He currently serves as the Associate Dean for Facilities in The College of Liberal Arts and Sciences at ASU.