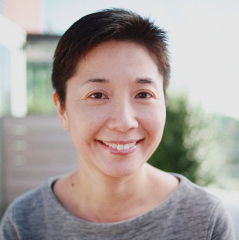 Born and raised in Japan and Spain, Reina Higashitani is a NY/LA based filmmaker with a passion for promoting diversity and inclusion in the arts and entertainment. As a member of Television Academy, she has produced and associate produced a number of independent films, TV documentaries, and commercials. Her directing and producing credits include a Tokyo Video Festival Excellence Award winning documentary “Shall We Sing?”(PBS), Francis Ford Coppola’s live cinema “Distant Vision,” Sundance Film Festival Official Selection “Kusama-Infinity,” Academy Award-nominated documentary short “Redemption” as well as “No Contract, No Cookies” (HBO) and “Wartorn 1861-2010” (HBO).

For her narrative films, Higashitani has received the National Association of Theatre Owners of California/Nevada Fellowship in Film, Hollywood Foreign Press Association Directing Fellowship, Caucus Foundation grant, and Panavision New Filmmaker grant among others. Her latest period short “Frog Catcher” has been broadcast on KCET/PBS SoCal and screened at film festivals in the U.S. as well as around the world in Canada, Norway, Spain, Germany, and Japan where it won the Award for Creative Excellence for her directing from Japan Association of Audiovisual Producers (JAAP). She is a 2019-20 Women In Film Mentorship Program Fellow and jury member for NEST Competition at 2019 San Sebastian International Film Festival.

She has served as a lecturer at the UCLA Film and Television program and also led various media workshops and mentorship programs for underrepresented youth and people with disabilities in local communities. Higashitani is committed to educating new visual storytellers with passion and an inclusive mindset.