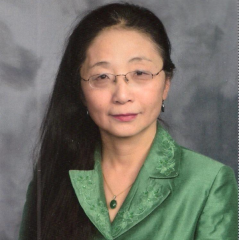 Wei Li's foci of research are urban ethnicity and ethnic geography, highly-skilled international migration and transnational connections, financial sector and minority community development, focusing on the Chinese and other Asian groups in the Pacific Rim. She coined the term "ethnoburb" to describe a new form of contemporary suburban Asian settlements, and continues her empirical studies in Los Angeles, the San Francisco Bay area, Metropolitan Phoenix, Toronto, and Vancouver, Canada.

She is the author of "Ethnoburb: The New Ethnic Community in Urban America" (2009; paperback 2012; The 2009 Book Award in Social Sciences, Association for Asian American Studies); editor of "From Urban Enclave to Ethnic Suburb: New Asian Communities in Pacific Rim Countries" (2006); co-editor of "Landscape of Ethnic Economy" (2006), "Immigrant Geographies of North American Cities" (2012), and "The Housing and Economic Experiences of Immigrants in North American Cities" (2015); and co-editor of two journal theme issues. She has published more than 90 journal articles and book chapters, including those in journals such as Annals of Association of American Geographers; Environment and Planning A; GeoForum; Geographic Review; Urban Studies; Urban Geography; Social Science Research, and Journal of Asian American Studies. Li has received numerous awards, including the 2014 AAG Ronald F. Abler Distinguished Service Honors (one of the highest honors conferred by Association of American Geographers/AAG), and the AAG Ethnic Geography Specialty Group's Distinguished Ethnic Geography CAREER Award and 2012 Distinguished Scholar.

She was appointed to three terms as a member of the U.S. Census Bureau's Race and Ethnic Advisory Committees (REAC) on the Asian Population by the U.S. Secretary of Commerce, serves as its elected chair (2010-2012) and vice chair annually 2004-2009, and was one the inaugural members of the Bureau's new National Advisory Committee of Race, Ethnic, and Other Populations. She serves as the Fulbright Visiting Research Chair in Ethnicity and Multicultural Citizenship in Queen's University, Canada (2006-2007) and a Senior Fulbright Scholar to India (2016-2017); a member of the inaugural class of the National Asia Research Associates with the National Bureau of Asian Research and Woodrow Wilson International Center for Scholars (2010-2011); and the Rockefeller Foundation Bellagio Writing Residency (2014). She is a member of the International Steering Committee of the International Metropolis Project, and the North American director for the International Society of Studying Chinese Overseas.