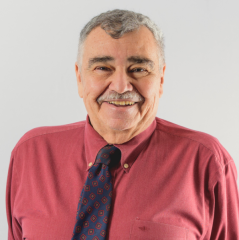 Gerald Thomas Heydt is a Regents Emeritus Professor in the School of Electrical, Computer and Energy Engineering at Arizona State University. Originally from Las Vegas, NV. He holds a bachelor's degree from the Cooper Union in New York and a master's degree and doctorate from Purdue University in electrical engineering. He spent approximately 25 years as a faculty member at Purdue, and in 1994, he took the position of site director of the National Science Foundation Center for the Power Systems Research Center at ASU. He has industrial experience with the Commonwealth Edison Company, Chicago, E.G. & G. in Mercury, NV, and with the United Nations Development Program. In 1990, he served as the program manager of the NSF program in power systems engineering. He is the author of two books in the area of power engineering. He is a member of the National Academy of Engineering and a fellow of the IEEE.