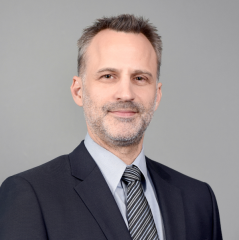 Praised by The Strad for his “impeccable playing” and “gorgeously viola-like tone,” violinist Jonathan Swartz enjoys a multi-faceted career. His recent solo CD, Suite Inspiration (Soundset Recordings), received much critical acclaim.  John Terauds of Musical Toronto comments, “Swartz sounds as if his bow were strung with threads of silk rather than horsehair,” and calls his performance of Bach’s Chaconne “something to treasure.”

A devoted pedagogue, Swartz serves on the faculties of Arizona State University and Madeline Island Chamber Music. He has previously taught at the University of Texas at El Paso, Domaine Forget Academy, Round Top Festival, Interlochen Arts Camp, Innsbrook Institute, and the Rocky Mountain Summer Conservatory. Sought after as a master clinician, and frequent presenter at the American String Teachers Association National Conferences, his approach to bow technique was featured in a STRINGS magazine article in 2006.

Swartz is the founder and artistic director of the Visiting Quartet Residency Program at Arizona State University, a chamber music program that integrates visiting resident artists with a comprehensive chamber music curriculum. He has also been instrumental in shaping the curriculum for the violin program at the Domaine Forget Academy. He presently serves as artistic director for Madeline Island Chamber Music, and as president for ASTA-AZ.