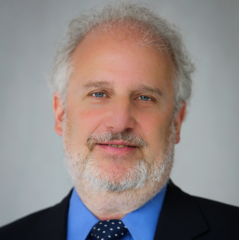 Larry Garber is an independent consultant with more than 35 years of experience on election related work.  He currently serves as adjunct faculty at the Sandra Day O’Connor College of Law at Arizona State University, where he teaches a course on Election Law: U.S. and International Perspectives. He is also a member of the National Task Force on Election Crises, which is dedicated to ensuring a free and fair 2020 general election in the United States by recommending responses to a range of potential election crises, and a consultant to The Carter Center’s 2020 U.S. Elections Initiative.

After 30+ years focusing on elections overseas, Garber and several former NDI colleagues formed Election Reformers Network in 2017 to bring lessons from their global experiences to the United States.  His report on Violence Prevention Through Election Observation was published by the United States Institute for Peace in August and he contributed to the chapter on Election Observation in the British Academy's How to hold elections safely and democratically during the COVID-19 pandemic.

Garber has a JD/Master in International Affairs from Columbia University and a BA from Queens College.